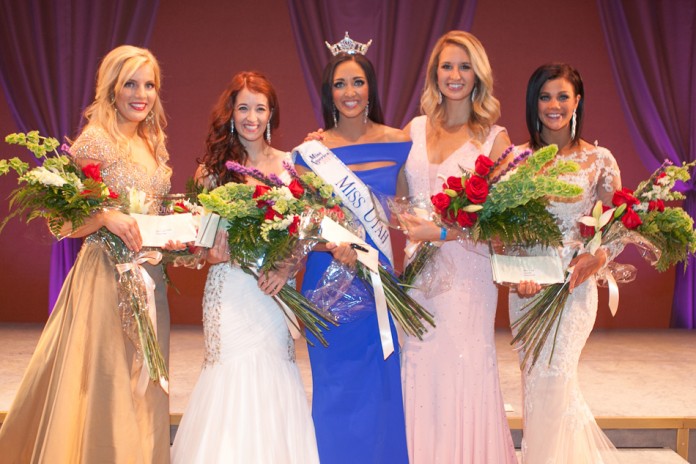 Along with the title of Miss Utah, the Dixie State University senior was also the recipient of a $10,000 scholarship.

According to a pageant press release, “Beatty will travel several thousand miles each month performing, speaking to audiences about her platform, ‘Live Well – Change the Focus’ and serving as a state ambassador for the Children’s Miracle Network.

Beatty will now compete in The Miss America Pageant to be held in Atlantic City, New Jersey in mid-September.

For the talent portion of the competition, Beatty played a piano solo titled “All of Me” by Jon Schmidt. She was also recognized as the Lifestyle and Fitness in Swimsuit Preliminary winner on Wednesday night.

First runner­-up in the competition was Miss Sandy, Lizzy Palmatier, who was awarded a $3,000 scholarship.